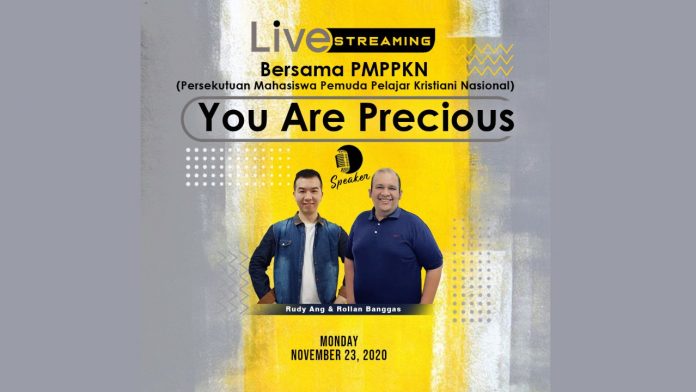 The Word of God was conveyed by Rudy Ang:

Isaiah 43: 4 Because you are precious in My eyes and glorious, and I love you, I am giving people in place of you, and nations in exchange for your life.

God declares this Word with love, just like next month when we will celebrate Christmas, because we commemorate the birthday of of our lord that brings salvation to us. Even though this pandemic period is much different than before, but the most important thing is that we can still worship God even though through online streaming.

Sometimes we feel that we get bitter things in our lives, like being bullied by school friends, not getting love from our parents, but God’s Word says Isaiah 49: 15, God will not forget us, He loves us dearly. There was also a story about a child who disappeared, how he wanted to find other pleasures so that he left his father and then he fell into poverty, worked until he ate pork dregs, then he decided he wanted to go home to his father’s house, but it turned out that his father had seen him from afar and he had been waiting for his lost child to return for a long time, even though his son looked very dirty, and so is God’s love for us, as a Father, God really loves us. So, let’s go back to God and if we really want to repent then God will forgive our sins. God also wants to use our lives as a blessing by serving God.

The Next Word of God was conveyed by Rollan Banggas:

Mark 1: 40-42 A man with leprosy came to Jesus, and kneeling before him, he asked for his help, saying, “If you will, you can make me clean.” Moved with pity, Jesus stretched out his hand and touched the man, saying to him, “I want to. Be made clean.” At that moment, the person’s leprosy also disappeared, and he became clean.

There was a leper coming to God. Leprosy at that time was a contagious disease and should not be close to many people and when he passed he had to say “Excuse me, excuse the leper wants to pass” so that he suffers a lot. Right now you may suffer from ailments including covid-19, so let us come to God just like the leper who said “If You Will” because this leper felt he was unworthy so he came with humility so that God was merciful. Lord Jesus hears our prayers, so trust in God. In Isaiah 53: 5 “and by his stripes we are healed”. 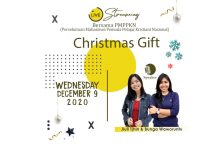 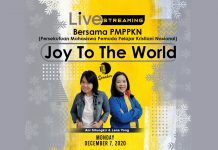 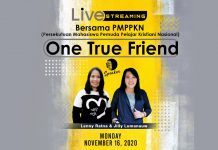